Last week, we continued our examination of toxic stories about mold all over the United States. This week, we explore the toxic reality about moldy 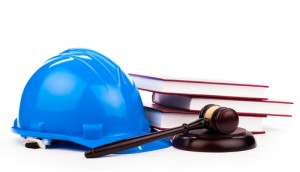 Mold lawsuits began mushrooming in the mid-1990’s. The so-called kickoff lawsuit that spawned the huge wave of litigation was the $32 million a Texas jury awarded the Ballard family for property damage and mental anguish in a toxic-mold case filed against their insurance company.1

In a separate lawsuit, a California jury awarded $8,571,028 in damages for construction defects and personal injuries claimed by residents of a condominium complex in Santa Ana.2 The plaintiffs alleged that the complex had mold and extensive water damage from leaking roofs, windows and balconies; faulty plumbing and defective bathtubs, fire sprinkler systems, and drains. Named in the lawsuit were the original develop, a subsequent developer, and numerous other contractors and subcontractors.

Half of the personal injury plaintiffs were children with alleged allergic reactions to mold, including respiratory problems and aggravation of asthma. One owner, Noe Montoya, and his family had been sick for years with nosebleeds and coughs. Mold was everywhere and he had nowhere to go.

“It started with a broken water pipe, which is not a big deal,” said McMahon’s lawyer, Allan Browne. “It turned into a horrific nightmare that only Stephen King could write about.”3 McMahon says the pipe exploded and flooded his den. Subsequent contractors merely painted over the mold and never informed the McMahons of the mold conditions. Soon after the incident, McMahon said, he and his wife became seriously ill, and their sheepdog developed respiratory problems and died.

As a result of the proliferation of lawsuits, most insurance companies now exclude mold coverage from their policies.

The HOA horror stories we’ve highlighted about mold in buildings across the country from Chicago to New York are a toxic reality. Be sure to guard against this possibility inside your HOA: vet all contractors and ensure that your board is using qualified experts to address any mold-related issues.