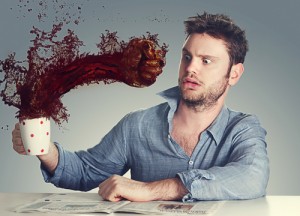 Limit Property Taxation, passed within the State of California.  This proposition limited the manner in which municipalities could assess property taxes. With the gravy train at an end, local governments began a frantic search to find new revenue streams to support city service. While it took them a while to figure it out, homeowners associations became pawns, and municipalities are now experts at shifting the financial burden of maintenance and ownership responsibility from the city to members living in deed-restricted communities.

Common interest developments are big business in California and without them, municipalities would crumble. In order to gain housing project approval, developers are required to upgrade roads, dedicate land for schools, install public trail systems and community parks. In some cases, associations are required to maintain off-site amenities such as bus stops and landscape for which their residents “may” derive benefit. It’s not blackmail at all!

City requirements for private streets, recreation facilities, affordable housing, street trees, specialty drainage systems, water run-off grates, and … and … and, are the norm! Somewhere within the governing documents, or in other more obscure agreements made prior to development, is verbiage that gives the city the right to control the level of maintenance within an association,  as well as the right (but not the obligation) to address or not address just about anything they choose. It is becoming common for city planning to approve CC&Rs prior to project approval.

While homeowners are bankrolling systems and amenities that at one time would have been maintained through the city, they receive no tax incentive to offset these increased costs. Some areas even have a mello roos tax on top of their standard property tax and assessments. Taxation without representation?

One of the biggest burden shifts is the maintenance and long-term repair and replacement of privatized streets. Along with the maintenance costs for these streets, comes the burden of traffic control. Your local police department does not address speeding or parking on private streets. If your streets are private, then your streetlights, sidewalks and mailboxes fall under the obligation of the association. If you have private streets, there is a good chance that your home sits behind a beautiful entrance/exit gate. Have you ever received a phone call from an owner wherein you suggested they call the police, and they responded with, “I did. They told me to call you!”? A Carlsbad city employee told me they are trained to tell complainants to contact their HOA as a first course of action.

Residents scream about speeding, and are crushed when they learn the police will not enter their gated community to provide traffic control. They are upset when they can’t install speed bumps due to emergency response vehicles and are even more in shock at the price tag for a traffic study when they look into installing more stop signs. Homeowners are at a loss as to how to enforce traffic violations and reduce liability. Those pretty gates do more to shield city government than the well- meaning people living behind them.

So let’s break this down: The city places expensive demands on the developer. In order to offset these costs, the developer increases the price of the homes, reduces lot size and installs narrow streets so they can jam more homes into less space. Property taxes are based upon the value of your home at the time of sale. Higher cost homes jammed together within limited space equals increased income to the city. In addition to property tax income, they (the city) reduce their costs through redirecting support services such as traffic enforcement, maintenance and administration to the HOA. The wheels on the bus go round and round …

While arguments are often made as to the superiority of HOA-maintained infrastructure and landscape, the fact remains that HOA dwellers are subsidizing costs for services being provided to non-HOA dwellers. In addition, association members also assume increased liability for the maintenance and governance within their community. Now let’s tie this all up in a pretty bow, and put volunteer members in charge of multi-million dollar corporations, where the draconian requirement for election to the board of directors is having a pulse (implied) and, perhaps, actually owning a home. Is it a wonder that tempers are flaring?

As dissatisfaction increases, state legislators are attempting to placate the vocal opposition (which they basically created) through chaptering ill-conceived legislation. Band-aid legislation is so much easier than actually telling constituents the truth! Between local municipalities cramming people into deed-restricted communities and the legislature trying to fix the problems created by local government, they’ve further added to this mess, and management is on the receiving end of the hostility. Manage a community? Who has time? We’re too busy putting together document requests from the vocal minority pouring through documents looking for the “smoking gun.” Ten years ago it took one-tenth of the effort to manage a community. Rule adoptions, enforcement processes, annual meetings – OH MY! Legislative initiatives make it through the assembly/senate and are signed by the governor in less time than it takes for a California board to adopt a water noodle rule!

In 2009, the City of Oceanside, CA removed 132 of the 600-plus street lights from the public streets within the Rancho del Oro (RDO) homeowners association, as they were rusted and in danger of falling down. The city refused to replace the fixtures even though they had maintained them for the past 20-plus years. The annual property tax bill reflected an annual fee for street lights. Homeowners were up in arms and a lawsuit ensued.

The city’s position was that the light poles were “special,” as they were decorative and made from metal instead of concrete. They contested that, even though tax revenue was being collected, the city really didn’t expend any funds towards standard light pole replacements since concrete poles had a lifespan of 50 years or more instead of the 20 years for those within RDO. It was pointed out to the City of Oceanside that the “decorative” light poles were a requirement of the developer, imposed by the city at the time the project was approved.

No brainer, right? Wrong! The courts sided with the City of Oceanside and the association is forced to build approximately $2.5 million dollars into their reserves.

Issues like this are becoming more common. Associations are receiving notices that require them to remove individual mailboxes and instead install association maintained gang boxes. Responsibility for the repair and maintenance of utility boxes, the installation of specialty irrigation systems and other improvements are becoming the norm.