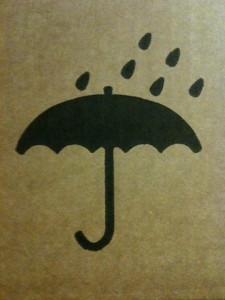 According to Chicago attorney Norman Lerum, Illinois condominium owners have the deck stacked against them when it comes to resolving civil disputes with their condo associations. Even in cases where it can be proven that a condo board has failed to meet its fiduciary duty, owners cannot recover their expenses for legal fees.

When a condo owner is faced with damages caused by the board’s actions or failure to act, legal expenses can quickly exceed $100,000. That prevents many owners from fighting for their legal rights in court. In some cases, a condo owner is forced to simply walk away from a damaged or uninhabitable unit.

That’s exactly what happened to Lisa Carlson, a former condo owner at Spanish Court II Condominium in Chicago. When a leaky roof caused damage to her unit in 2007 following a rain storm, Carlson’s insurance carrier refused to pay for repairs. Her insurance carrier made a determination that Spanish Court II was liable for the extensive water damage. But the Association’s insurance carrier, State Farm, refused to cover the claim as well. The board dug in its heels and informed Carlson she would have to pay for repairs to the interior of her unit herself.

Carlson stopped paying her assessments, and embarked on a seven-year legal battle with her Condo Association that wound up at the Illinois Supreme Court, where the Court made a landmark ruling that assessments must be paid No Matter What the circumstances – even if the association fails to hold up its end of the agreement to maintain and repair common areas, or to pay for damages caused to the interior of a unit because of that breach of fiduciary duty.

Additionally, according to Lerum, a condo board’s liability in cases involving breach of fiduciary duty are significantly limited by “exculpatory clauses.” In layman’s terms, that means that the bar for proving violation of fiduciary duty is set unusually high for a condo association board – a plaintiff must prove malice, gross negligence, or fraud. In the eyes of the law in Illinois and most other states in the U.S., a condo board member’s decisions and actions are presumed to represent the best interests of all owners, except in the most egregious cases. The legal burden is on the plaintiff to prove otherwise.

Following the Supreme Court decision, Carlson had racked up a debt of $400,000, including $200,000 of her own legal expenses and $108,000 of the Association’s legal expenses, which she was ordered to pay after she did not prevail on her case. The case was later refiled in the 19th Judicial Circuit, where a Judge awarded Carlson $195,000 in partial compensatory damages, due to “bad faith” errors and omissions by then Board President Maria Cassabaum, but Carlson still had to spend more than $200,000 to fight Spanish Courts II for seven years, all because the association failed to repair a leaky roof.

Meanwhile, Spanish Court Condo Association was covered by State Farm insurance policies paid for with assessments of all unit owners. High paid attorneys working for the insurance carrier defended the condo association and its board members at no out-of-pocket cost to them.

That’s why Lerum worked with Illinois House Representative Scott Drury to author and sponsor a condo reform bill that would have allowed owners to recover their legal costs in cases where breach of fiduciary duty can be proven. But House Bill 4489 was not approved for consideration this Legislative session. Lerum and Drury say they plan to reintroduce a “compromise” version of the bill next session.

As usual, the Illinois Chapter of  Community Association’s Institute (CAI) opposed the bill, taking the stance that the amendment would increase the incidence of litigation a therefore, increase legal costs for condo associations.

CAI consistently fails to acknowledge that the legal scales are unbalanced in favor of its industry stakeholders. But that is to be expected from an industry trade group.

The larger concern is why state Legislators seem more interested in protecting the interests of Community Association board members, management companies, and attorneys to the detriment of condominium owners and housing consumers in general.

Supporters of stalled condo board bill will try again next year

22-Aug-16 – Supporters will keep trying to get a bill passed that they say will help unit owners who are suing their condominium association.

House Bill 4489, along with two related amendments to the Illinois Condominium Property Act, was introduced on January 22 by 58th District Representative Scott Drury and assigned to the eleven-member Judiciary-Civil Committee but on March 2 it lost a motion, 3-8, for recommendation to the full House.

Chicago attorney Norman Lerum, who wrote preliminary versions of the bill, says Drury is “speaking with a number of members of the…committee in the hope of making compromises on the bill and doing something that would be acceptable to the majority and then perhaps reintroducing it in the next session.”

Among the changes to the Condominium Property Act, the bill would allow a unit owner to recover legal fees if breach of fiduciary duty by a board member is proven.

State bill to help with condo board disputes stalls