Last week, we discussed some clues that your HOA might be the victim of embezzlement. This week, we give tips to bulletproof your HOA against 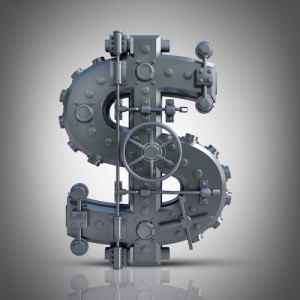 embezzlement and ask, “Who is guarding the guardians?” Unless boards are vigilant, the answer is: “No one. No one is watching. Absolutely no one and nothing.” There are no state or federal agencies that watch over the people that handle the billions of dollars of association monies – no auditors to deter fraud, no examiners to ensure compliance with regulations, no comptrollers to issue reprimands, no pilferage foremen or currency inspectors.

Some states, such as Florida and Illinois, have recently mandated licensing to oversee property managers, but there are far too many loopholes and exempt associations. Unfortunately, the chances of a thief being punished for stealing a few hundred thousand dollars from an association are slim. A trusted board members or manager has to steal several million to get any real attention, and even then the case may not get to court before the accused passes through the pearly-white gates of the great HOA in the sky. This aspect of the length of legal proceedings is of special concern in senior communities.

Many cases of association theft involve check fraud – a major financial crime. The US Office of Comptroller of the Currency has reported more than 1.2 million fraudulent checks are written every day – more that 13 per second. In 2003, check fraud exceeded $20 billion, up from $12 billion in 1996 and $5 billion in 1993, according to the Nilson Report.

With advancements in inexpensive desktop publishing software, the problem is steadily increasing. A 2011 survey conducted by the Association of Financial Professionals revealed 71 percent of the organizations responding confirmed that they had been a victim of payment fraud, up 55 percent from 2005. The vast majority – 93 percent – indicated that they were victims of check fraud. All organizations – whether large or small – experienced check fraud.

“Each bank sets its own policy regarding a business customer’s liability related to unauthorized electronic transfers,” Johnson noted. “Banks urge business customers to be aware of their responsibility to keep computers used for online banking free of malicious programs. [sic] ACH or wire transfers should always be initiated under dual control, with one person initiating the transaction and another person approving it.”

What this ultimately means is that HOAs and condo associations will be held accountable should electronic theft or fraud occur. Under federal law, if an individual’s bank account gets hijacked, the banks must restore the funds. Business owners are not as lucky. Most banks will not reimburse a business customer – even if the customer has done nothing wrong – should an Internet security breach result in theft draining the company bank account to zero. Paula Fleming, spokesperson for the Boston Better Business Bureau, observes,: “In this day and age when practically everything is done on the Internet, it’s extremely important to take the necessary precautions.”

A private alert issued to banks by the Financial Services Information Sharing and Analysis Center warns small and midsized organization never to use a PC dedicated to Internet banking for e-mail or web browsing. “Banks typically do not publicly address this issue,” noted Jennifer Bayuk, former chief information security officer at Bear Stearns.

In it’s online Fraud Report (10th annual edition, 2009), Cybersource, a leading provider of electronic payment and risk management services that was purchase by VISA in April of 2010 for an impressive $2 billion, reported 2008 recorded losses of online sales are estimated at $4 billion for the American market alone. (Since 2008, the Federal Trade Commission no longer separates Internet-related fraud from consumer and identity theft fraud.)

Despite such staggering numbers and financial losses, according to the US Department of Justice, the imprisonment rate for check fraud alone is merely 2 percent. Capture and imprisonment of cyberfraudsters is even less. Frank Abagnale, one of the nation’s most respected authorities on the subjects of forgery and embezzlement, states: “Punishment for fraud and recovery of stolen funds are so rare, prevention is the only viable course of action.”